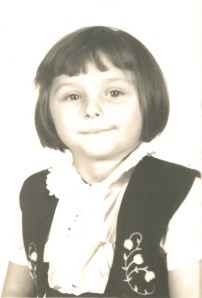 My name is Marian. I never had a nickname. That’s too bad, because I never liked my name. I first struggled with my name in kindergarten, as I described in my blog a couple weeks ago. My teacher, Miss Polly, tried to spell it with an “o” instead of an “a” and I knew she was wrong.  I survived the school system and I learned to live with my name, even if I didn’t like it. I sometimes wonder why my Mom and Dad gave me that name. 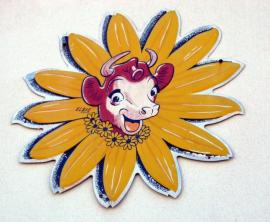 My Mom didn’t like her name either. Her first name was Elsie. Sometimes my friends and I teased her about being “Elsie, the cow” which was the marketing icon for Borden’s milk in the 1950’s. Mom didn’t like being called “Elsie,” but she hated her middle name, “Thelma May,” even more. Whenever she had to write her full name she used her first name, her maiden name, and her last name in order to avoid using her middle name. I don’t think I ever saw her first, middle, and last name in writing. That was a problem. It’s a long story, but I’ll give the short version here.

When my Mom was nearing the end of her life, she and my Dad came to Chicago to live with Mim and me so that we could take care of her. They lived with us for her last 6 weeks. When she died, we called a local funeral home to pick up her body and process the legal paperwork. The Cambridge funeral home then came to get her body and coordinated the visitation, funeral, and other final arrangements in Cambridge.

The man who came from the Chicago funeral home had to fill out all the legal paperwork. He asked me the questions and he wrote my answers on the form. Then he gave the form to me to review. I noticed that he had written my Mom’s middle name as “Thelma Mae” – with an “e” rather than a “y.” I thought about that a little, and tried to remember if I had ever seen her middle name written. I don’t think I had. So, I didn’t know if it ended with a “y” or an “e.” I decided not to change what he’d written on the form since I didn’t really know which spelling was correct. That’s unfortunate. The person who typed the official death certificate from this form changed “Elsie Thelma Mae Korth” to “Elsie Thelma MacKorth.” That’s the name that was officially filed with the State of Illinois Records Bureau in Springfield. What was involved in getting her name corrected (necessary to settle her estate) is a very long story for another day.

Names really are important, whether we like them, or not. In the women’s worship service in the county jail the chaplain instructs us to pray for the person on our right by name. If we don’t know the person’s name, we need to ask her before the prayer time begins. We pray for each other by going around the circle, each person praying for the person on her right. I’ll attest to the fact that when I hear the inmate on my left praying for me by name, her prayer resonates deeply within me. Then I have the honor of praying by name for the inmate sitting on my right. She can experience that same feeling of being blessed, of receiving a special blessing just for her. And so on around the circle, we all are blessed.

Using someone’s name is powerful. When someone calls me by name I assume that they know me, because they know my name. In the New Testament, Jesus is often described as “the good shepherd” who calls his sheep by name. In the Old Testament, God called Abraham, Moses, Samuel, and others – all by name. Even though I don’t particularly like the name, “Marian,” I think I’ll stick with it. That’s what all my friends, and even God, know me by.

5 thoughts on “Owning My Name”