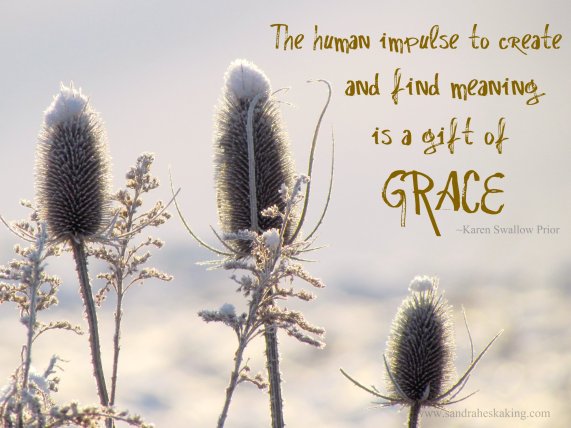 Pastor Jeff told a quick story at the end of the church service last week. An old friend of his, a priest, had died earlier in the week. This story was told at his funeral. The priest had been an English teacher in a Catholic high school. Many years ago, one of his students came to him near the end of the school term and begged him not to give him an F. The student knew he deserved an F, but he didn’t want to have to take the class over again. He pleaded with the priest to give him a D instead. The priest responded with, “I’ll give you an A.” The student replied, “Oh no. I don’t deserve an A.” The priest replied, “You don’t deserve a D either. But if I’m going to give you a gift, I’m going to give you a good gift.” Pastor Jeff commented that the story is the best illustration of grace he’s ever heard.

“Grace” is a word with several different but related meanings. One definition that is helpful to me in understanding God’s grace comes from Tony Campolo. He was a frequent guest preacher at my church when I lived in Chicago. He says, “Grace is about us receiving from God blessings that we don’t deserve.”

Jeff’s story made the idea of grace more tangible to me last week. His story also prompted me to remember a couple incidents from the early 1970s when I was a high school English teacher. I also had students who pleaded with me to not give them an F – two of them; and academically, they both deserved F’s. 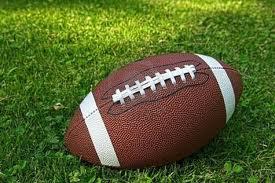 Gary was a popular football player. He excelled on the football field, but he certainly never excelled in English. He was too busy to take the time to complete his homework assignments. About a week before the quarter ended he begged me for a D. If I gave him an F he would be kicked off the football team according to the school’s athletic policy.  I told him that if he completed his past-due homework assignments, I would give him a passing grade. The next day the football coach came to see me, to plead on behalf of the student. I repeated my offer. Gary did not complete any of his past-due homework assignments, and I gave him an F. Gary didn’t learn about grace from me, but he might have learned about it from his coach. He was not booted off the team.

Denny was a skinny little freshman. When he was in class, he was a very pleasant kid, and he was good in English. He was a good reader and a good writer. However, his attendance got progressively worse, and as a result of that, the majority of the grades in the grade book were I’s for Incomplete. I talked with him a few times throughout the term about attendance and completing his assignments, and he always said he’d try harder. Unfortunately, when it was time for me to calculate his grade, I couldn’t justify giving him anything but an F. (I wasn’t allowed to give a grade of Incomplete in that school system.) When Denny got his report card he came to see me with tears in his eyes. “Why did you flunk me? I’m good in English. Can’t you change the grade? My dad will kill me.” I felt so sorry for Denny. I really didn’t know how I could change his grade, even if I could justify it. The school’s grading system wasn’t designed to incorporate grace. 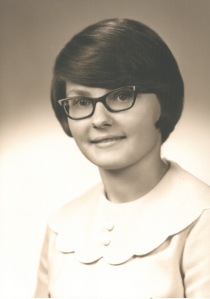 That’s me as a brand new English teacher in the early 1970s.

These two stories happened 42 years ago – just after I had graduated from college. I was living in Connecticut where I was an English teacher for two years. I wonder whatever happened to Gary and Denny. I wonder if Gary understands the concept of grace partly because of the kindness of his coach. And I wonder if Denny ever was given the opportunity to learn about God’s grace by receiving some undeserved gift from someone else.

Besides wondering about my students, I guess I need to think about what I have learned about grace from the people in my life, and I need to thank God for bringing each of these people into my life.

Atlanta megachurch pastor Charles Stanley said it this way, “Thank the Lord for using each person as a tool in your life to deepen your insight into His grace and conform you to the image of His Son.”

One thought on “Grace and a Failing Grade”