Implementing New Systems – the Way God Did It, and the Way We Do It

In the beginning God created the heavens and the earth. The earth was without form, and void; and darkness was on the face of the deep. And the Spirit of God was hovering over the face of the waters. [Genesis 1:1-2 NKJV]

OMG! What did God do! He just went ahead and created a whole new system – the  heavens and the earth – and it doesn’t work! He didn’t allow enough time for analyzing all the implications of this new system. And there was NO TIME AT ALL set aside for testing the system before implementing it. Whatever made him think he could do it all in one day! Now what’s gonna happen? Space will never be the same again! I can’t believe he’ll be able to fix it. I can’t even imagine the cost of this foolhardiness.

Then God said, “Let there be light: and there was light.” And God saw the light, that it was good; and God divided the light from the darkness. God called the light Day, and the darkness He called Night. So the evening and the morning were the first day. [Genesis 1:3-5 NKJV]

Fortunately, God is all knowing and all powerful. God quickly started debugging his new system and implementing new features, and by the end of six days, the system worked flawlessly according to the design he had in mind. 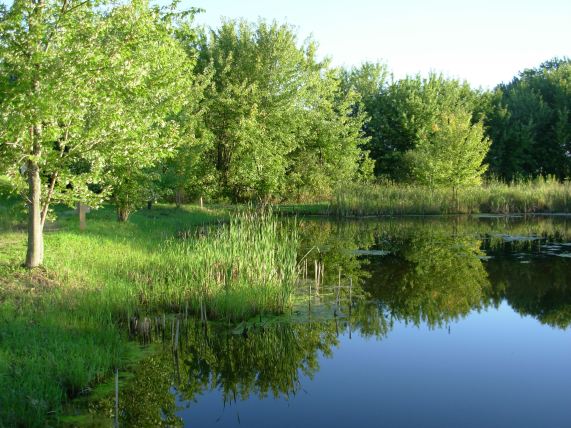 Then God saw everything that He had made, and indeed it was very good. [Genesis 1:31 NKJV]

I have a relatively strong systems background. During most of the years I lived in Chicago between 1972 and 1992, I worked in systems planning, development, and implementation. From this experience I understand the processes and the problems fairly well. When I had my own systems consulting practice, one of my clients was the Cook County State’s Attorney’s Office. My first assignment with them was to conduct a review of a newly implemented case tracking system. Cook County had spent millions of dollars and over a year implementing a new system designed to help the 600 attorneys in the Chicago office keep track of the status of all their cases. Most of the attorneys hated the new system and claimed that the system data was unreliable. The new system was “without form and void.” Apparently the system lacked internal controls, and the natural result of weak controls was that the data was inaccurate.

My job was to interview attorneys in all divisions of the State’s Attorney’s Office to learn what the specific problems were, and then to determine whether or not the problems could be fixed or if the system should be abandoned. It was a fascinating study to conduct. I learned all about what the Criminal Division needed from the system, what the Juvenile Division needed, the Tax Division, Probate, Victim Advocates, and so on. All these attorneys needed different things from the system, and each division had different reasons for hating the system.

Upon completion of the study, my recommendations were to make a few technical changes to the system to improve data integrity and to provide more extensive training in the use of the system so that the attorneys would have a better understanding of the controls within the system and the specific benefits the system would deliver to each division.

The most important thing I learned about implementing new systems is that patience is needed more than anything else. Eventually most of the bugs will be fixed, and system users will get through the learning curve.

However, I am still learning more and more about the use of new systems and how steep the learning curve can be, especially for systems that have a few glitches. My patience was severely tested over the last few days.

I decided to put together a photo book with all the pictures from our wedding, and to include pictures from our Blessing Ceremony 25 years ago. I have never used any of those Internet services that enable you to create a hardcover book of your pictures, but I have seen some of the books my nephew Kevin has created through these services, and I’ve been quite impressed. I called Kevin to find out which services he has used and to see if he had any advice for me. He said he’s used different services, and they’re all pretty good and relatively inexpensive.

I explored several services and decided to try Shutterfly.com for two reasons – it looked like it would be the easiest software to learn, and it’s the service Kevin had used on the photo book he had lent me to look at for ideas. After about twelve hours of stumbling along, learning by trial and error, I had created a 52-page photo book online. When I tried to save and submit the book for publishing, I received an error message that said the service was still uploading my photos and it would save the photo book file upon completion of the upload. That never happened. I finally called Shutterfly for customer support. After a 40-minute phone conversation, I concluded that they didn’t know how to fix the problem. Apparently I must have encountered a bug in their system. They told me I would have to recreate the whole 52-page photo book from scratch.

So that’s what I did, but I decided not to invest any more time with Shutterfly’s system. Even though it meant starting the learning curve over again, I decided to go with mpix.com. I spent about eight hours recreating the first 32 pages of the photo book on mpix, and then I ran into a bug in their system. Even though I had faithfully saved the book after every few pages, the whole photo book was deleted when I tried to go on to page 33. I tried to call mpix customer support, but discovered that they didn’t show their phone number on their website. They wanted to force users to request help via email. They responded to my emails within about an hour and forwarded my problem to their technical team to try to restore my deleted file. Although we exchanged several emails and mpix seemed to be trying to help me, they never were able to restore my file.

My patience was beginning to wear a little thin. Between the two services I had worked 20 hours on this photo book, and I had nothing to show for it. I really wanted to make a photo book, or I would have simply given up. I needed to start over from the beginning again. I decided to stay with mpix rather than go through another learning curve with a different service. At least the customer support people at mpix were nice and tried to be helpful, even if they wouldn’t let me call them.

Through another eight hours of careful work I created a 44-page photo book. I did my final edits on the book yesterday morning and successfully submitted the photo book for publication by 7:30 a.m. I expect to receive the hardcover book in the mail later this week. Hopefully, when I receive the book, I’ll be able to say, “Let there be a photo book, and there was a photo book. And I saw the photo book, that it was good.”

I’m sure God is thankful that He had the foresight to create the heavens and the earth before computer-based systems were invented to “help” him build his creation. Otherwise he might still be “fixing” the system.

[NOTE: I quoted from The New King James version of Genesis to keep some of the familiar language of the creation story. To be consistent with that style, I used masculine pronouns to refer to God – even though I know better. That’s a glitch in English we still have to deal with.]

4 responses to “Implementing New Systems – the Way God Did It, and the Way We Do It”