Last Thursday I participated in the women’s worship service at the county jail. I’ll be doing the same thing again this Thursday, Maundy Thursday. Women inmates have the opportunity to go to worship once every other week. The women from half the cell blocks are given the opportunity one week, the other half the next week. Last week four inmates chose to come to the worship service. With the chaplain and me, six of us sat in chairs arranged in a close circle with a small table in the center that served as the altar.

We observed all of Holy Week in about an hour. We started with one woman reading the story of Palm Sunday, of Jesus’ triumphal entry into Jerusalem. Then we jumped ahead to Maundy Thursday. The chaplain explained the two key events that happened that evening – Jesus washing the disciples’ feet, and Jesus sharing bread and wine with his disciples – the first Last Supper. That was a natural lead-in for us to share communion with each other. 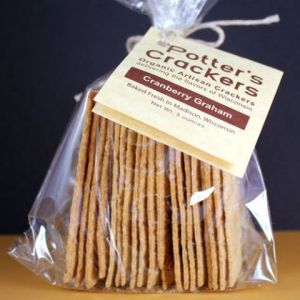 The chaplain explained what communion represents in her faith tradition and asked each of us to explain what communion means to us. Then the chaplain held the basket of crackers and the cup of grape juice and offered “the Bread of Life and the Cup of Blessing” to the inmate sitting at her right. The woman picked up a cracker from the basket and dipped it in the grape juice. As she ate it, we all smiled as she crunched and ate the cracker. The crackers were really crunchy, but oh so tasty. Then the first inmate held the basket and cup, and offered the crackers and grape juice to the woman sitting at her right. We kept smiling while we waited for her to finish eating her crunchy cracker.  Then she offered the holy meal to the next person, and so on until all of us had been served.  I’m glad there were just six of us sitting in the circle so we could truly savor this moment of holy crunching and sharing.

When all had been served, we ended the meal by singing a hymn, just like the original disciples at the first Last Supper. The hymn we sang was “When I Survey the Wondrous Cross.” I wonder what hymn Jesus and the disciples sang.

Since we were trying to observe all of Holy Week in that one worship service, we read more Scripture and talked briefly about the crucifixion and resurrection. Then, as usual, we went around the circle with each of us talking about what was on our minds related to the readings or other thoughts. All four of the women were thinking about being released from jail. One woman was going to be released the next day, and she was really anxious to see her little boy again, and her boyfriend. The three others were going to be released within a couple weeks. All four women were concerned about being able to turn their life around so that they would never have to return to jail, and so that they could live a good, meaningful life. Then we prayed for each other out loud. We went around the circle again, praying for the person on our right, by name. After praying, we sang “Christ the Lord Is Risen Today.” We ended the service by reading a blessing as a benediction.

While we were waiting for a deputy to come to escort the inmates back to their cell block, one of the women asked if I knew how to play the song “This Little Light of Mine.” I started to play the tune and she sang along. Then we all sang “He’s Got the Whole World in His Hands.” Both songs seemed quite meaningful for young women about to be released from jail, and about to go back to the rest of their lives.

I left jail that day thinking about lots of things –

I’m truly grateful for the opportunity to get together with these women to read scripture, share communion, express thoughts and feelings, sing hymns, and pray together. I need to write up a note about this to drop in my Gratitude Jar.